Lean into the feel-good-holiday-groove at this super fun, give back night!  With cookies!

Enjoy two high-energy bands, cookies, and give back with a donation*** to The Harbor Country Emergency Food Pantry.

Corey Denison Band -  The Corey Dennison Band has become a favorite at Chicago music venues, including twice-weekly appearances at Kingston Mines.  Led by Corey Dennison's soulful voice and muscular guitar, the band released its self-titled studio debut for the legendary Denmark Records in 2016 after honing 13 original songs night after night on the bandstand.  Critics and radio polls responded favorable with glowing reviews and constant worldwide airplay.  Nominations followed suit.  Their followup album "Night After Night" further solidified the band's status on the leading edge of Chicago blues, seamlessly weaving soul and funk into another critically-acclaimed release. The strength of the band’s repertoire is matched only by the charisma of the stage show; it’s not uncommon to see Corey belting out the blues, unamplified, in the heart of the audience while the band steps in time to the groove. It’s no novelty for these musicians and entertainers, however, it’s exactly where they want to be.

Every roots music fan loves being melted by the vibe and energy of a smokin’ hot band. When the heat of the music matches that mood, magic is made.  The members of MojoDaddy are all top-shelf musicians who have achieved considerable success with their respective groups. Throughout their careers, these guys have taken the message of Chicago blues and traveled the world to spread it with artists such as Buddy Guy, The Kinsey Report, Steepwater Band and Green Room Rockers.  Together, they have quickly gained a reputation for being one of Northwest Indiana/Chicagoland area’s top blues bands and rhythm sections. All of this has led to them appearing on a regular rotation at some of the areas hottest live music venues and annual summer festivals.These musician’s pride themselves on playing with heart and soul, creating an unstoppable energy. Their intense delivery of the music will have you up and dancing, while never letting you forget where our musical debt is owed.

*** Please bring a donation for the Harbor Country Emergency Food Pantry.  When considering your donation, please select packaged food items in unbreakable containers. Consider donating healthy,  low-sugar products that families are sure to appreciate and enjoy.

RESERVED SEAT DONATION program - No need to arrive early to claim your seat! With a $25/seat donation, we will have your seat reserved for you. All reserved seat donations are 100% tax deductible. 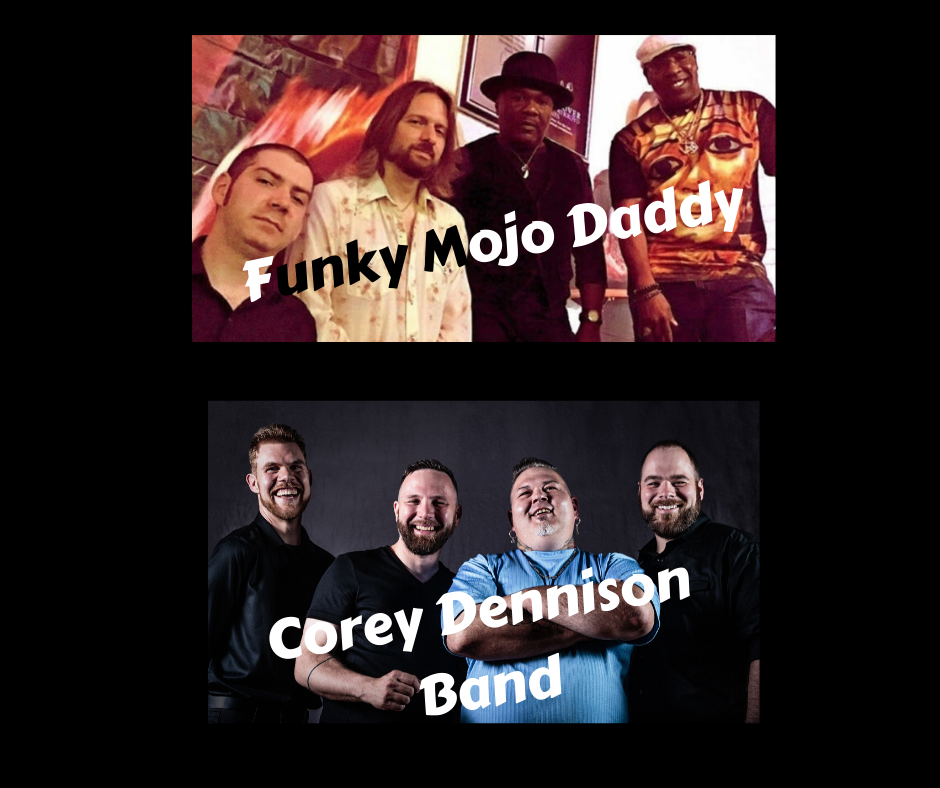