The NPG’s “Celebrating Prince” shows have been described as a “non-stop musical kaleidoscope," that includes some of the most iconic chart-topping hits from all eras of Prince’s illustrious four-decade career. The charismatic lead singer, MacKenzie, has been called a “discovery of note,” and has won over audiences with his incredible voice and interpretation of the music without veering into impersonating. MacKenzie is joined on lead vocals by rapper Tony M, who Prince featured on early Prince & the New Power Generation releases. The show focuses on Prince’s entire catalogue with NPG hits like ‘Diamonds and Pearls,’ ‘Gett Off’, ‘Cream’ ‘7,’ and ‘Sexy MF’ intermingled with hits like ‘1999,’ ‘Let’s Go Crazy’, ‘Pop Life’, ‘Sign O’ The Times’, ‘Purple Rain’, ‘U Got The Look’ and ‘Kiss’.

"Every musician on that stage remained up to the standard of excellence that Prince expected. " ~ Double J Music Magazine, March 31, 2018, Review, Enmore Theatre in Sydney 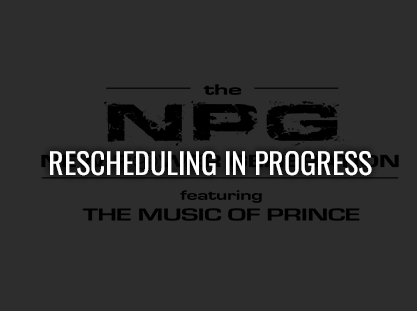