Corky Siegel is a founding member of Siegel Schwall Blues Band, one of the earliest racially mixed blues to appear in Chicago’s Southside Blues taverns in the mid 1960s. Corky has also explored mixing blues and classical music with some of the biggest conductors of symphonies around the globe since 1970.  Siegel’s popularity is world wide, his reunions with Siegel Schwall Band have been sold out affairs.

Harpman, vocalist, producer Mark Hummel is a Grammy nominee and two time Blues Music Award winner who started the Blues Harmonica Blowouts 28 years ago. These events have featured every major name in Blues Harmonica since he created them, Mayall, Musselwhite, James Cotton, Billy Boy Arnold, Snooky Pryor, John Hammond, Huey Lewis and many more. Hummel also has 30 cd releases to his credit as well as a memoir Big Road Blues:12 Bars on I-80. 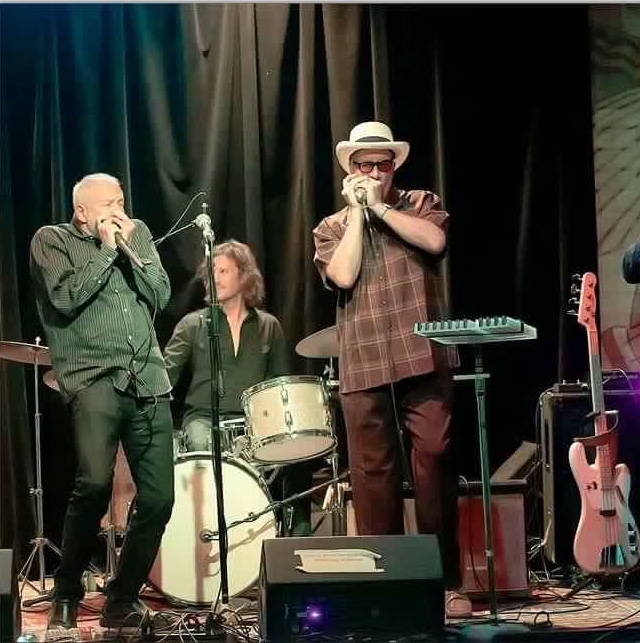